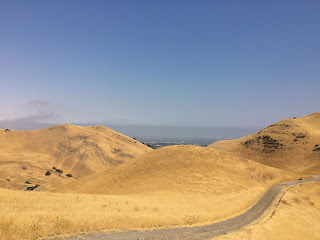 
On August 21, 2017, parts of North America were treated to a total solar eclipse. Though not in the path of totality, the Bay Area was still within range to have a pretty good spectacle. Amber and I woke up early that day to attempt the viewing. We did not have eclipse glasses, which although they had been given away for free at places like the Berkeley Public Library,  were in high demand and therefore in shorter supply than Coca Cola in Soviet Russia. The most immediate obstacle that confronted us, however was that the morning sky was filled with the characteristic East Bay summer cloud cover, which would not permit any eclipse viewing whatsoever.

So we jumped in the car and drove. East. Away from the coast, and away from the fog. Gradually, with the miles, the clouds began to dissipate, and blue skies and the soon to be 70% obscured sun came into view. We were out by Pittsburgh at this point, so I decided to head us up into the Black Diamond Mines, a division of the East Bay Regional Parks district that I had never been to before. Along the short road, and into the main parking lot, there was a decent crowd gathered to watch the solar phenomenon. Folks even generously shared their eclipse glasses with us so we could stare at the rare sight in sky.

After seeing the sun almost completely eclipsed by the moon, we took a brief walk into the parched, golden brown hills of the park. No pictures of the eclipse, I didn't have the proper equipment for that, and didn't want to risk burning a circle in my eye. But the hike was short and nice, and here are my quick impressions of Black Diamond Mine. 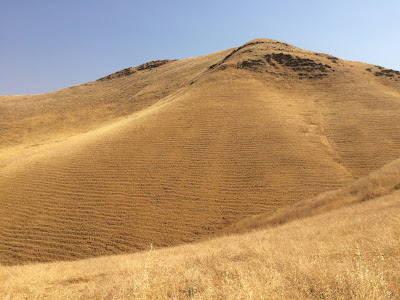 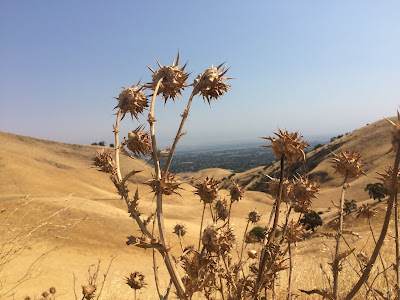 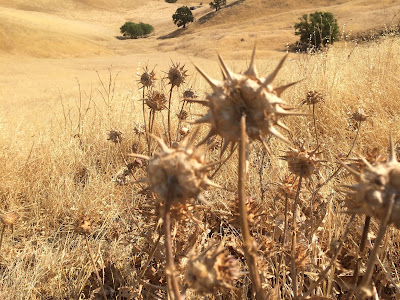