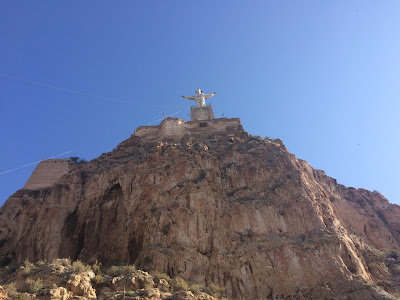 
So, I was working as a substitute drummer for Isaac Rother And The Phantoms on their 2018 European tour, and we were in Murcia, Spain. On the way into town, I spied a big rocky crag in the distance, with a castle and a Jesus statue on top. I thought to myself "I have to get up there."  We played an open air rock festival in the town square that afternoon, and spent the rest of the day and evening lounging at the luxury hotel they had provided for us. This was the best accommodation I have ever been given as a touring musician, such things rarely happen, so don't get the wrong idea. I'm not famous (or successful). We got three rooms, and it was my turn that night to get my own room, so I turned in early, and got VERY good sleep. I awoke early, before the rest of the band and the continental breakfast came out, and made a mission to get to Castillo de Monteagudo. 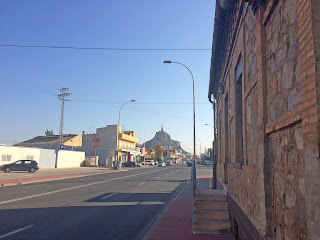 The bulk of the "hike" was walking down the busy Avenue de Alicante. It was dusty, choked with diesel fumes, and starting to get hot already. I felt like I was in Mexico. The road took me to an old village at the base of the hill, which had steep cobblestone streets infested with stray cats. I walked aimlessly around for a little bit, then took steep path up an area that has an elevated plaza where you can see out. The view of the city was already pretty good. I went East from here on a narrow path that looked like it would take me up to the castle, but it terminated at a tall, locked gate! There was no safe way over it or above it. I wondered if it was not open yet, closed for the day, or closed permanently? There were no signs to explain. 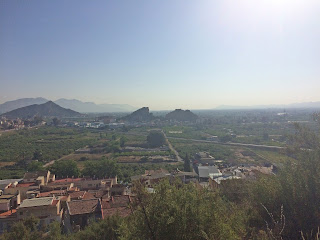 I had some time to burn still, so I walked clockwise around the base of the mountain, and saw out into the countryside. I still really wanted to get to the top and into the castle, and around back, I found some use trails going up the hill, which led me to a weird rail thing, going steeply uphill into the citadel. I started climbing up it, but I chickened out and came back down. I think my hesitance was more about the trespassing in a foreign country aspect than the difficulty of the climb, which looked sketchy, but not impossible.

I retraced my steps through the gravel and weeds, came back through the village, back down the road, and with perfect timing, arrived at the continental breakfast at the hotel just before it was it was put away. And it was the best hotel buffet I had EVER had. Because I was back in range of the wifi, a text popped up from the bass player: "Dude, wake up! You're about to miss the continental breakfast!"

We had the day off on tour that day, so we picked a mid point between Murcia and Valencia and took off to find a hostel or something... 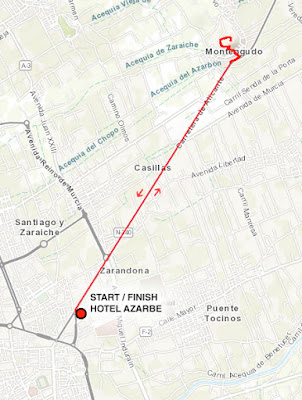 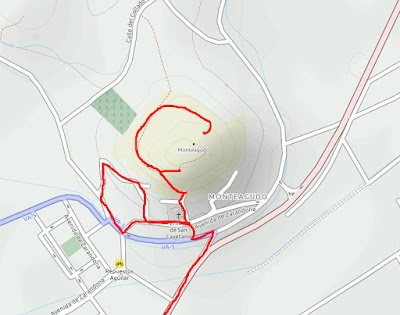 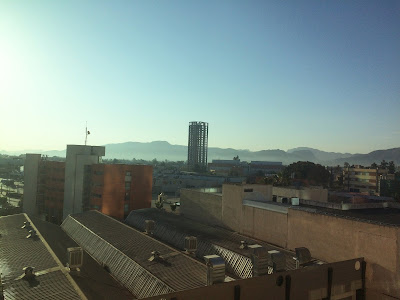 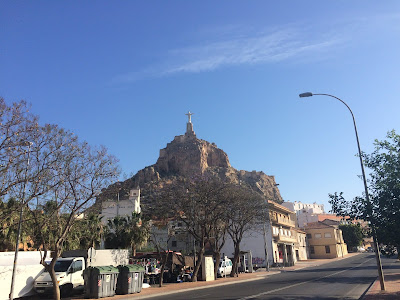 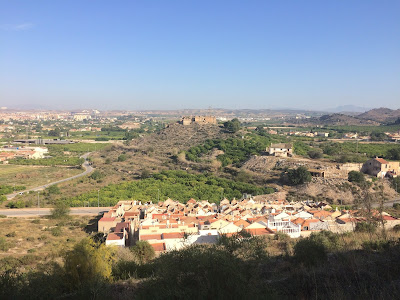 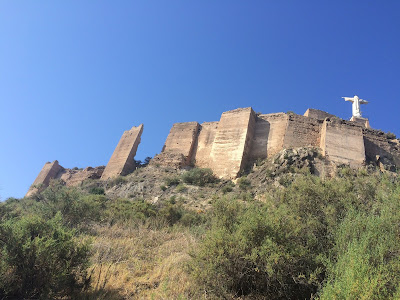 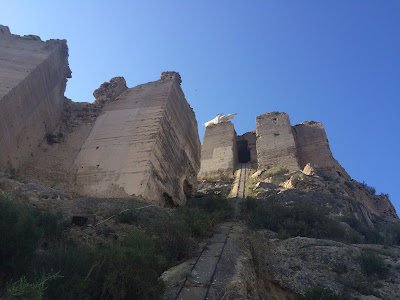 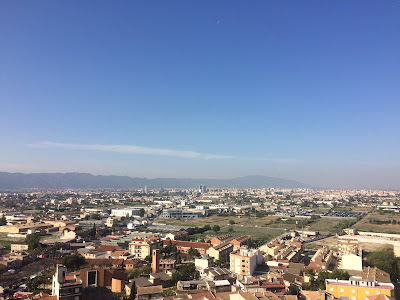 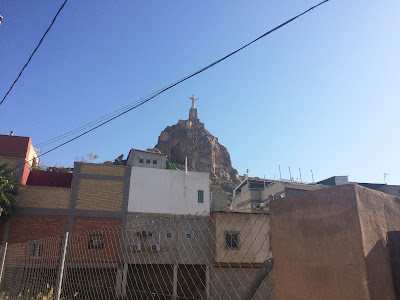