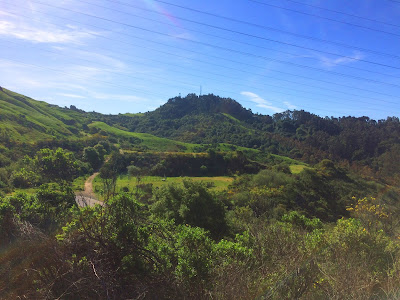 I had a free morning, and the van needed to be moved by 9am because of street sweeping, so I drove up to Sibley Volcanic Regional Park to walk around. Pathetically, in all of my years living in Oakland, I had never been inside Sibley, or up to the top of Round Top. Driven past them, but never got out. Today was the remedy. Cruised up 24 with rush hour traffic still pouring out of the tunnel from the other direction. Just on the other side of the ridge, I exited the freeway at Fish Ranch, took a sharp right to Old Tunnel Road, and eased into the West parking lot for Sibley. I took my time walking around, checking out the informative signs regarding the area's volcanic history. My goal of Round Top came into view almost immediately. Followed by a peek over Highway 24 to the  Berkeley Hills. Traveling clockwise through the park, I came to a washed out road that had not survived the unusually wet winter.

Around the North edge of the park, there are many crisscrossing trails that go up, down and around the folds of Gudde Ridge, and into some volcanic recesses and small canyons. These I pursued at my own leisurely pace. Atop the ridge line, mighty Diablo came into view in the East. To west, I could see San Francisco and out through the Golden Gate. I continued my meander through the volcanic wilds and soon came upon a sight familiar to me from photographs, a stone labyrinth constructed on the floor of an old quarry. Not wanting to waste my time with such childish pursuits, I took a picture from above and moved on. My life is enough of a maze already.

I was getting close to the main goal of the morning, getting to the top of Round Top, a gently curved prominence that crowns to ridge of the Oakland Hills. The trail, now plunged into a heavily wooded area, and curved around back of the mountain. When I reached the south side, I crossed onto a paved service road that snaked to the top. Another East Bay hill, another complex of radio antennae awaits, right? And no view out, due to the crown of eucalyptus the encircles the place. Just about what I was expecting. Back down into the park, on my way out. Hit the Skyline Trail, which is not very skyline-ey at this point as it plunges down into the forested valley of Round Top Creek. It was shady, lush, and at times a bit muddy. A contrast to the exposed rocky hilltops of the volcanic ridge. Soon enough, I popped out of the woods, got in the van, and hit Trader Joe's in Rockridge for salad and sandwich supplies. Two band practices and late night shift at work would later complete my day. 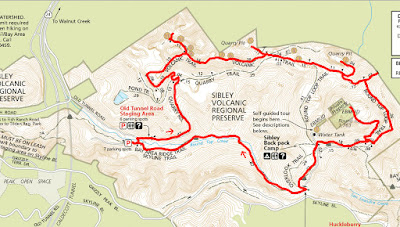 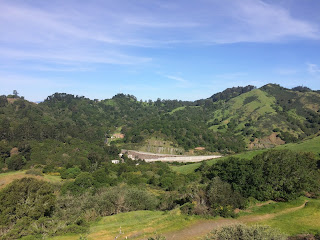 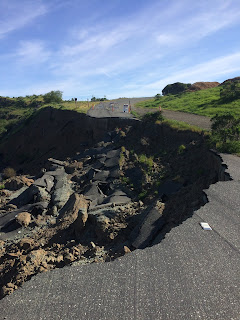 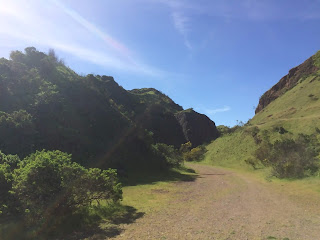 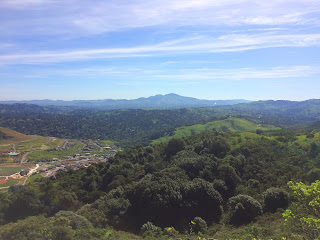 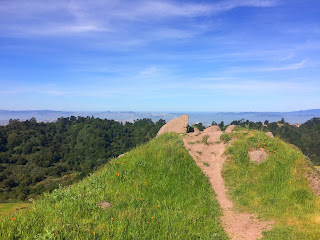 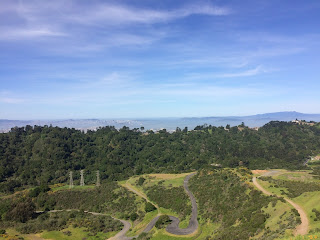 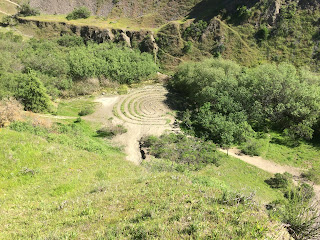 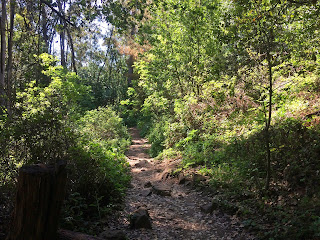 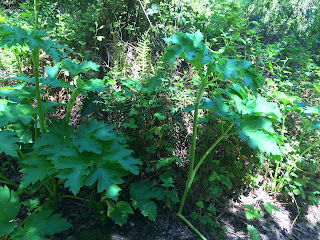