AH! My second of what hopefully will now become an annual trip to Pinnacles National Park! It was a little late in the season ( I don't want to go when it's hot), but we got the perfect storm (really!) when a late season rain squall blew through Northern California over the weekend, giving everything a decent soak, and cooling the temperatures in The Bay and beyond. I had a few days off work, Amber snagged a campsite, and we plunged into what ended up being perfect Pinnacles conditions. Got a nice little crew together too. My brother Alex came with me from Oakland, and we met Amber and Scarlett in San Jose, loaded up on snacks and headed down toward the park on the evening of Sunday, May 19th. The valley walls glowed faintly in the twilight as we cruised South into increasingly desolate territory. Aside from being hedged in by poison oak, it was a pretty nice campsite, and the ever wandering Dave Nelson appeared within minutes of our arrival, as if summoned from the ether. The crew was complete!

Dinner and drinks at the campsite slowly faded to black, and a little more rain came in late… and then the sun faded in, along with a rather nasty hangover. Perhaps I had taken things too far. Refusing to let the hammering in my skull get in the way of a great day on the trail, I forced myself upright at about 7AM, and Alex, Dave and I headed out for an appetizer hike. The goal was to check out a new area that I hadn't seen on the previous trip: Balconies. We saw one coyote on the way to Old Pinnacles trailhead, and soon were following that well worn track along Chalone creek, through the boulder strewn canyon. The recent rain had freshened everything up, and I was amazed at the intensity and variety of vegetation, in a park that can seem borderline arid at times.


We followed the trail to the namesake Balconies cliff, which towers monumentally above. Then through the talus cave, which was dark and cool, thrilling to suddenly plug into darkness. Out the other side, we opened up into the canyon again, and looped back around on the Balconies Cliffs Trail, this time looking down into the canyon, and up to a fine view of Machete Ridge. Completing the loop, we retraced our steps on the Old Pinnacles trail back to the parking lot and returned to the campground. The fresh air and brisk walk were starting to clear the hangover from my head, and we enjoyed some brunch at camp.

Now for round two, we rallied the entire crew, including Amber and Scarlett, and headed for the Condor Gulch trailhead to begin the ascent into the High Peaks. This was the route I had taken on my previous visit to the park, and I was excited to repeat. Going up into the Pinnacles almost felt like ascending to some kind of religious temple the last time, and the emotion returned with vigor. There were a bunch of British (probably) university students at the overlook. It's pretty cool that Pinnacles is an internationally known destination.

Up, up and around to the top of High Peaks, rocks upon rocks. At one point a sweeping view to the South East opened up, and I saw a prominent peak. After some later research, I still couldn't figure out what it is. Bending South on the trail, other views came into sight. I identified Ventana Cone and Double Cone in the Coast Range at one point. Rocks were abundant and time was taken for scrambling and scary looking photo opportunities. The trail is pretty spectacular it's self, being carved into the rock at some points, and including some very steep staircases and handrails. The high point is known as Hawkins Peak, but it is a class 4 climb to the true summit, and we did not attempt. After reaching the bathroom at the High Peaks / Juniper Canyon intersection, the girls opted to head back to the van, and the boys made a quick side trip down Juniper Canyon to the Tunnel Trail and back, which proved to be very fruitful. It was another area I hadn't seen before, and in addition to a great view of Resurrection Wall, the manmade tunnel and a cool footbridge, there were some of the best rock formations in the whole place. Backtracked up Juniper Canyon Trail to High Peaks Trail and made the south easterly descent back to the parking area, completing the loop. This is another one of my favorite parts of the hike because it involves another small manmade tunnel and a pleasantly forested area.

And that was it! The light was fading, Dave Nelson remained behind to continue his vision quest, and the rest of us piled into Amber's van. Back to San Jose. I took Alex to Fremont BART so he could go home to Oakland, and I returned to San Jose for Deathgrave practice, but somehow my cymbals were forgotten, so we just went as a band to drink at Trials. 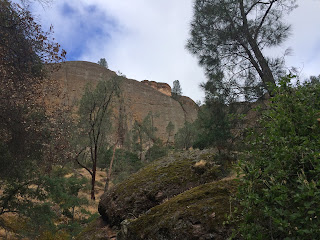 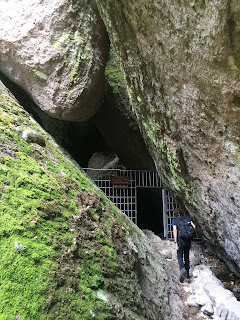 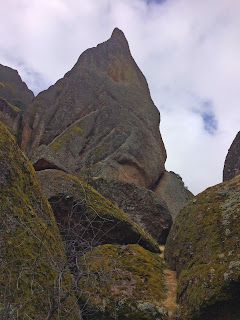 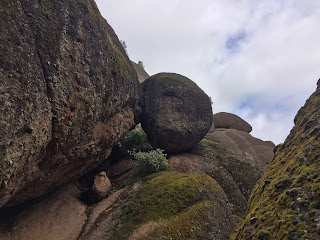 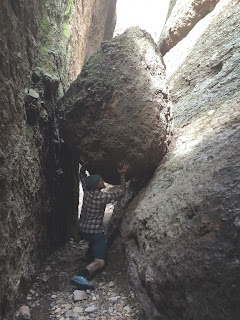 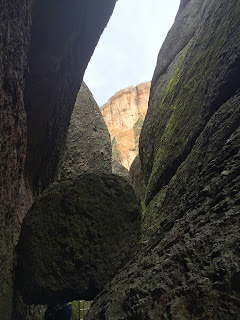 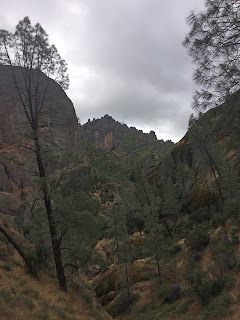 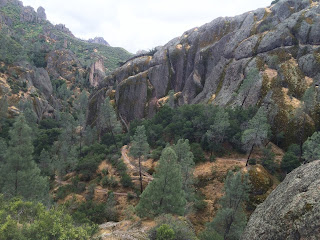 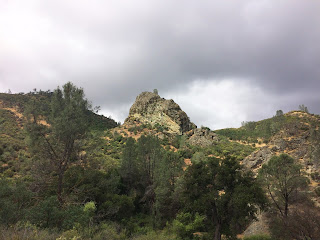 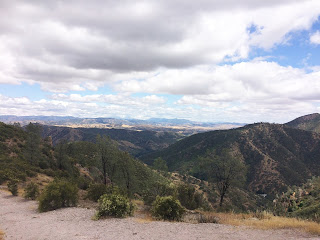 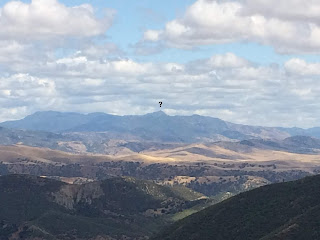 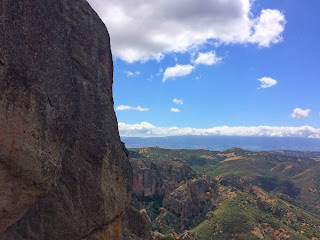 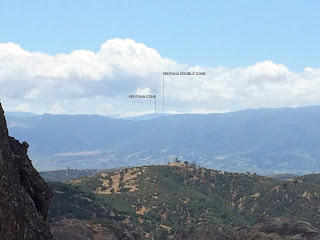 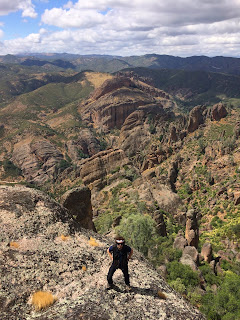 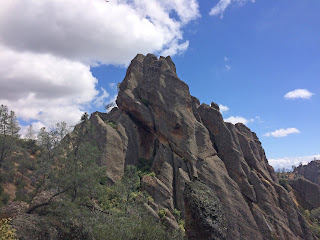 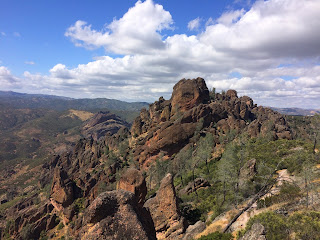 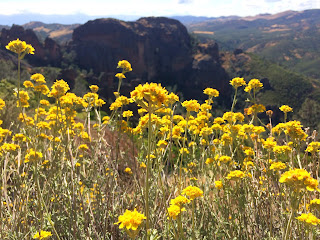 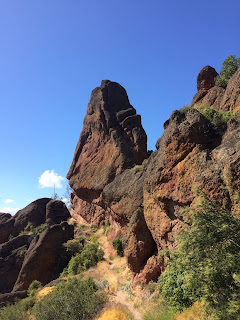 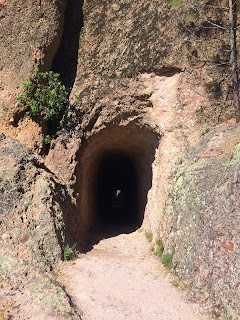 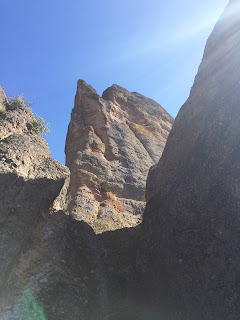 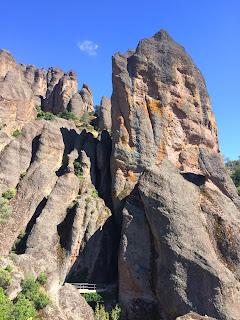 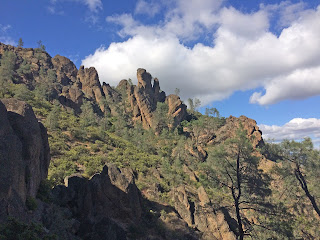 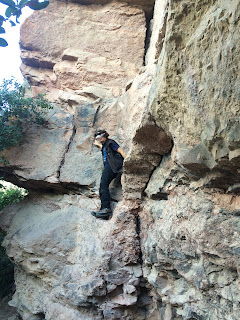